The One Problem With Religion

It doesn't matter what your religion is. You can believe in an endless cycle of lifes and deaths, you can believe in one God, a reckoning day, heaven and hell, you can believe that every living and nonliving thing has a spirit, all of these are perfectly okay. Anyone can have any type of experience, insight, upbringing, text, tales, or belief system that can lead them to believe what ever they choose.

Heck, you can even believe in the Flying Spaghetti Monster.

Yes, this is an actual religion, here is an excerpt from Wikipedia:

It doesn't even have to be an official religion; it can spin-off of something you grew up with, or even formed from a dream you had or a lecture you heard or a book you read.

Religion tends to only have a bad reputation because so many people believe that since they are right, everyone else has to be wrong, and they go to disgusting and gruesome extremes to prove their point.

The problem with religion is this mentality of "us vs. them" in beliefs; that there can only be one correct religion, and that some will fight to the death to show others that theirs was the correct one. If we can just respect each other and elimate the problem of, "I am right, and you are wrong," in religion, the world could be a much more peaceful place.

It Doesn't Matter What You Believe In: 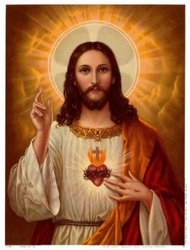